Chief Dowda began his career in law enforcement with the Longwood Police Department on May 5, 1992. Over more than 30 years of service to the community, he’s had the opportunity to serve, and hold leadership positions, in each of the department’s divisions.

He began his tenure in the agency’s reserve police officer unit; volunteering his time in service to the community. Upon being hired as a full-time officer in 1993, he assumed the responsibilities of a police officer in the patrol division. He then held positions in the traffic enforcement division as a motorcycle officer, traffic homicide investigator, and traffic crash reconstructionist. He also provided guidance to new officers as field training officers and advanced training in various topics to all department personnel. 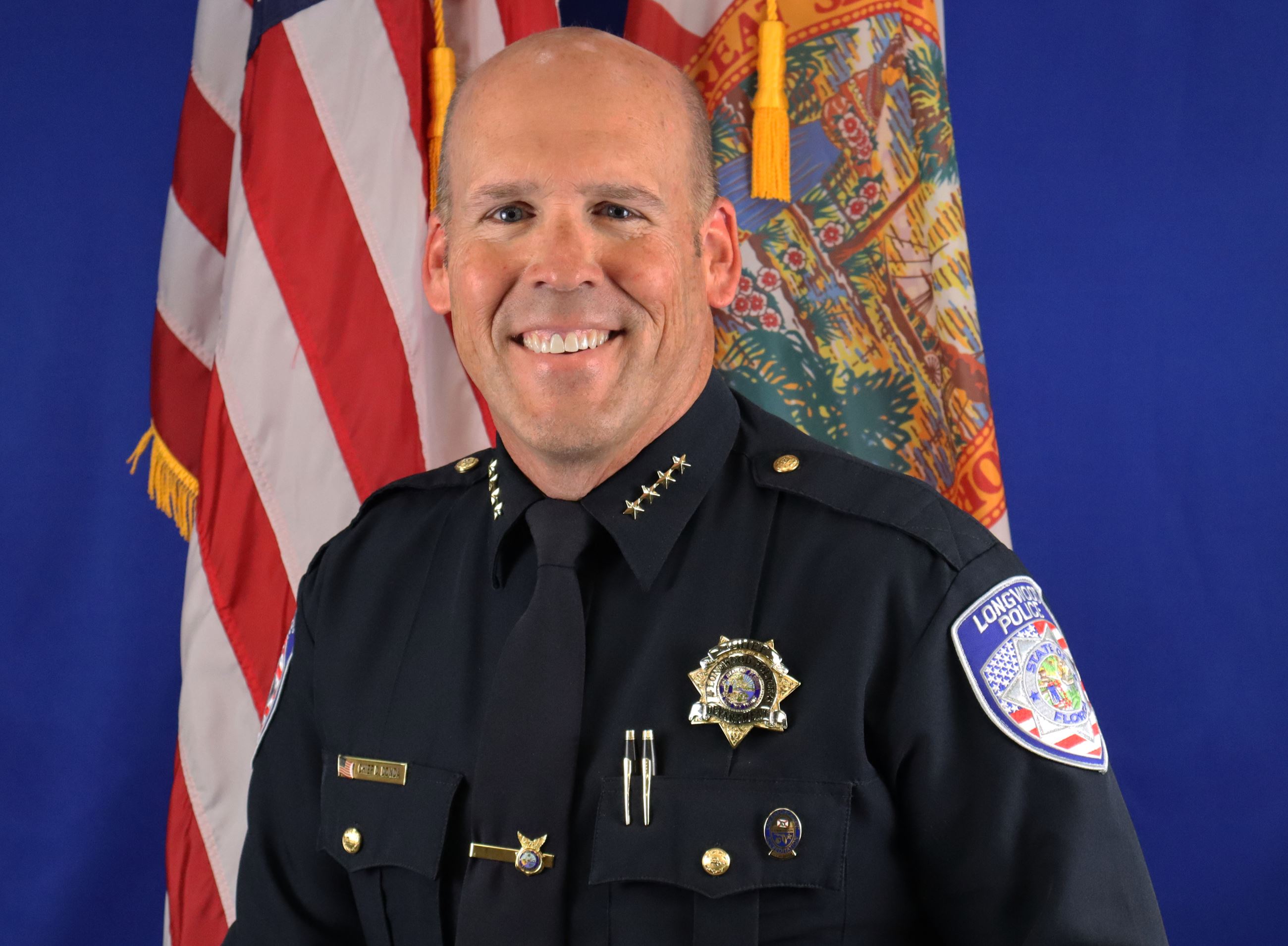 In 2000, Chief Dowda was promoted to Sergeant. In this capacity, he took on several supervisory roles in the patrol division, traffic division, and training sections. During this period he earned the degree of Bachelor of Science in Business Management from the University of Phoenix.

In 2006, he was promoted to Lieutenant and then in 2009 to Commander. In these roles he has overseen all sections of the organization; including the patrol division, traffic division, criminal investigations, property and evidence section, community policing, code enforcement, records, the field training section, in-service training program, and most recently the agency’s accreditation efforts. During this time he earned the degree of Master of Science in Criminal Justice from the University of Central Florida.

Chief Dowda attended the Federal Bureau of Investigation National Academy and graduated with class 230 in 2007. He completed the Southern Police Institutes’ Chief Executive Leadership Program in 2015. He is also a Florida Department of Law Enforcement certified law enforcement trainer. Chief Dowda has been an adjunct professor at the University of Phoenix.

Chief Dowda resided in the City of Longwood for more than 25 years, and he and his lovely wife Michelle raised their daughter and son in the community.

The Chief believes community support is critical to the success of any law enforcement agency. He is committed to community policing philosophies and continuing to promote the agency’s close attention to community involvement. One of his top priorities is to ensure the citizens of Longwood receive the most professional service possible. To that end, the Chief will promote ongoing education and advanced training for the department’s staff.